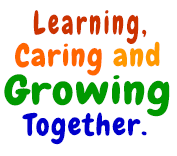 What an amazing morning we had on Friday 13th March 2015! Not only was it Red Nose Day but we also had an extra special visit from Danny Lawrence. GB International gymnast Danny has made over 40 British International appearances and competed at 3 European and 3 world championships. Danny is a 2010 Commonwealth Games silver medallist and team England captain. Leading the most successful Commonwealth Games for gymnastics so far is definitely one of his career highlights.

Danny had each class in the hall and motivated them to take part in a fitness circuit. This was hard work but fun! There was a real buzz in the hall and lots of encouragement from all of the children.

After all of the classes had performed their circuit, we came back to the hall to listen to Danny talk about how having good behaviours for learning have helped him to be where he is today. After taking some questions from the children, Danny then demonstrated his amazing skills, much to the awe and wonder of the children!

Finally, Danny handed out certificates to the children who had completed their Active Body Books in the Autumn Term. This was to celebrate those children who are committed to leading a healthy, active lifestyle.

To help fund this special day, the children were encouraged to gather sponsorship for successfully completing the fitness circuit. We are pleased to announce that we raised a massive £1274.30! A huge THANK YOU to all of these donations. This sponsorship will be split between Danny and the company that helped organise the day, with the rest being spent on gymnastics equipment at the school.

If your child raised over a certain amount of sponsorship then have no fear – the prizes are making their way to us and will be with your child before the end of the Summer Term!